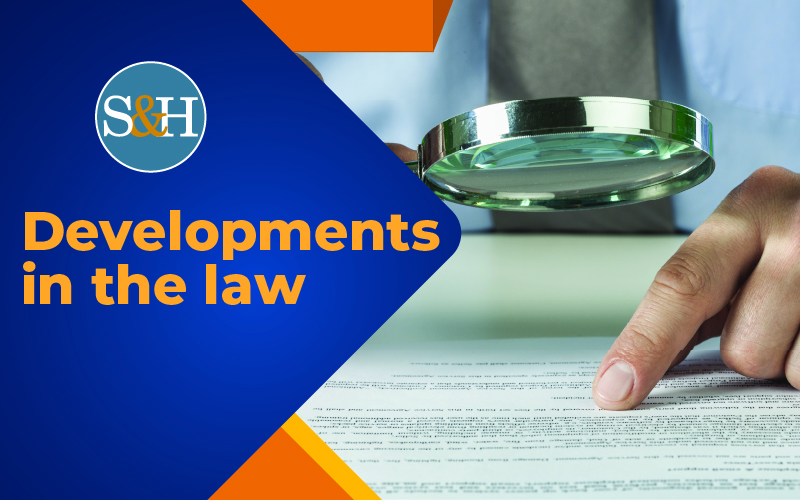 A Funny Thing Happened on the Way to the Forum

On March 16, 2022, the New Hampshire Supreme Court issued a ruling that dramatically changes the applicability of New Hampshire’s administrative license suspension process. In Rudder v. Director, New Hampshire Division of Motor Vehicles, the New Hampshire Supreme Court was asked to review the plaintiff’s administrative license suspension by the Division of Motor Vehicles. The plaintiff was sitting in her vehicle, parked with the engine running in a private church parking lot. A law enforcement officer observed the plaintiff get out of her vehicle, grab a bottle of alcohol from the trunk of her car, and get back into the driver’s seat. The officer talked with the plaintiff who told the officer that she was sober when she arrived and that she would either wait to leave until she was sober or call for a ride. The officer asked the plaintiff to submit to field sobriety testing which she failed. She was then arrested for driving under the influence. The officer then asked her to submit to breath testing which she again failed.

The critical issue in the case came down to the New Hampshire legislature defined a “way.” In order for the administrative license suspension to apply to her, the plaintiff needed to have “been in control of a vehicle upon the ways of this state. Generally, a “way” is defined as

“the entire width between the boundary lines of any public highway, street, avenue, road, alley, park or parkway, or any private way laid out under authority of statute, or any such way provided and maintained by a public institution to which state funds are appropriated for public use, or any such way which has been used for public travel thereon, other than to and from a toll bridge or ferry, for 20 years, or any public or private parking lot which is maintained primarily for the benefit of paying customers…”

But, there is a broader definition of “way” that applies in certain limited circumstances. In these circumstances, “way” is defined as

The problem for the Division of Motor Vehicles was that the ALS hearing did not satisfy the limited circumstances where the broader definition of “way” applied. The New Hampshire Supreme Court held that the legislature only intended for the broader definition of “way” to apply in the limited circumstances specifically listed in the statute. While those circumstances included the crime of driving under the influence, they did not include the administrative license suspension process.

This means that there is a different definition of “way” used to determine whether an intoxicated driver is in control of a vehicle upon a way in a criminal case versus the definition of “way” that is used in a civil case. This creates a disconnect between drivers that are subject to New Hampshire criminal consequences for driving under the influence versus drivers subject to the civil consequences. The New Hampshire Supreme Court found that there were essentially two circumstances where a person could be criminally prosecuted for driving under the influence but not subject to the civil process: (1) ways that are privately owned and maintained, while open for public use; and (2) public and private parking lots not maintained for commercial use. If you are a driver arrested for driving under the influence, you should consult a lawyer. If that arrest occurred on one of these two “ways” you may not be subject to the civil administrative license suspension process.

PDF Copy of this article